Previously, I have written about E.P Connors House, the work of Ottawa architect Francis Conroy Sullivan in the early 1900's.  Sullivan was strongly influenced by the Prairie school and worked for several years with Frank Lloyd Wright, the best know architect of the prairie school movement.

Another example of Sullivan's work in the prairie style is Powers House - at the corner of James St. and Bay St. in Ottawa.  To quote from the Heritage plaque mounted on the building: 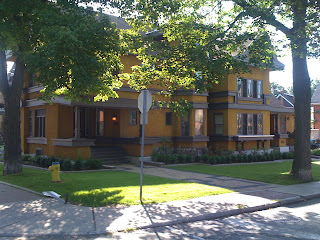 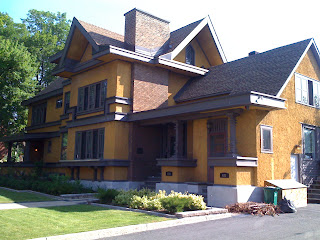 I would have loved to have seen the inside of this house back in 1915. Wright was famous for also dedicating time to designing the inside of his houses too - even the furniture.  I am not sure if Sullivan had a similar tendency.  Today, however, it looks like this house has been divided up into three or four separate units, so I fear that if Sullivan did do any interior design, it may well be lost now.
Posted by Simon at 10:04 PM 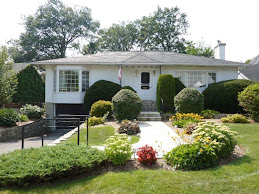